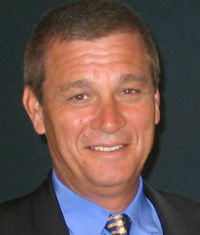 When he was a little boy, his mum wanted him to grow up to be somebody.

He grew up to be everybody!

A seasoned world traveller, Danny, one of the world’s best impressionists, is now back in his native Australia performing after working the length and breadth of the USA. Whether it was headlining the Hollywood Improv, the Las Vegas’ Riviera Hotel or corporate gigs in California, Florida, Washington, New York or Pennsylvania, Danny’s been doing it all. Now he’s back home ‘among the gum trees’ domiciled in his hometown of the Gold Coast, ready to go.

Whilst in Hollywood, Danny did ‘identical voiceovers’ for the likes of John Travolta and Robert DeNiro (“15 Minutes” “Men Of Honor”) and would you believe Daffy Duck? He also worked on “Mission Impossible II” with Tom Cruise doing Australian voiceovers. Represented by the exclusive Tisherman Agency in Burbank, Los Angeles, he was, and still is, in heavy demand.

Currently, Danny has “Comedy Quest” TM as a television project in development in Los Angeles. “Comedy Quest” TM will be unleashed on the Australian corporate and public markets in 2004 regardless of the outcome overseas.

He has performed in front of Prime Ministers, Cabinet Ministers both federally and at state level, corporations, sporting clubs and functions (for just about anything) all over Australia, New Zealand, New Guniea and Asia. He’s done numerous voiceovers for commercials on radio and television and performed on every major television show in Australia in a career that’s gone over the 20-year mark.

He was the voice behind “Australia’s Funniest Home Video Show” on the Nine Network from 1990-1999.

He has opened shows for a number of overseas acts including Don McLean (“American Pie”), Sammy Davis Jnr. as well as our own, The Little River Band and Marcia Hines, to name a just a few. Glen Shorrock says, “This guy is fantastic. He’s funny…and…he can sing!” And he adds, tongue-in-cheek, ” Of course, his ‘Joe Cocker’ is not as good as mine.”

This all adds up to a lot of experience.

If you want a polished entertainer, then, Danny McMaster is the man.