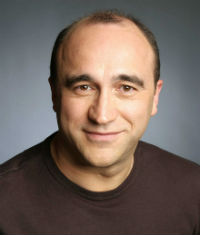 Paris Mitchell is a specialist in the field of creating personal Transformation.

After struggling with a life of addiction through his adolescence, he finally hit a point at the age of 21 when his life had come crashing down. Father to a newly born son and sentenced to nearly three years behind bars for crimes committed whilst under the influence it finally dawned upon him…

The likely hood of getting out of the vicious cycle of substance abuse and crime was stacked up against him.  Paris decided at that point that he wanted something more from life, that he was the creator of his own destiny and that he had control over where he ended up and that ultimately he had complete power over his destiny.

Having spent the past 5 years completely immersed in developing himself and over that time he systematically changed every area of his life. It hasn’t been easy and he had a lot of help along the way. But the truth is that I have now achieved what many said I could never do.
I have spent the past two and a half years completely clean and sober, have rebuilt destroyed relationships in my life, have gotten a University degree despite the fact that I dropped out of high school before finishing year 10 and I am now in a position where I have built my own business based on the foundations of helping people create the lives that they deserve.

As an expert in the field of Transformation, I utilise Motivational Speaking, Music, Consulting and other creative mediums to work with organisations and individuals to inspire and motivate people to see the potential that they hold within themselves for greatness and to put in place systems and strategies that help them to get there.

Through the 3 core concepts of Developing Vision, Creating Habits and Building Support, I help individuals and organisations to identify ways in which they can Transform themselves.