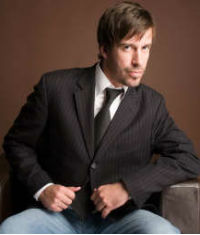 “Matthew Hardy is a very very funny comedian” – PETER KAY
Matthew Hardy is a respected Australian author and comedian with English citizenship who has been living in London since early 2011, and who has already appeared on Newsnight, where he had Kirsty Wark in stitches.

Once settled in England Matthew quickly became the co-writer of Shappi Khorsandi’s acclaimed Radio 4 series ‘Shappi Talk (Fresh and incisive, but warmly inclusive comedy – RADIO TIMES) and has also recently written TV stand-up in 2011 for Andi Osho on Stand Up For The Week and has just completed a 24 date tour supporting Irishman Ed Byrne across Scotland.

In 2011, during Comic Relief’s 24 Hour Panel People extravaganza, Matthew warmed up audiences for 12 hours straight, for the likes of QI, Mock The Week, and 8 Out Of 10 Cats.

Matthew supported Shappi Khorsandi on her national UK tour in 2011
In heaven, everyone will be as naturally funny as Matthew Hardy – TIME OUT (UK)

Matthew made his Edinburgh Festival debut in 2010 with his totally unique show about his love for the Willy Wonka films –Willy Wonka Explained: The Veruca Salt Sessions – in which Matthew enticed that little brat, Veruca Salt (“I want it NOW Daddy!”) from the original 1970’s Wonka film (now the all-growed-up actress Julie Dawn Cole) to co-star as a washed-up former child star (ie: her actual self). Previously he had performed this show in 2009 at The Melbourne International Comedy Festival where Julie Dawn Cole flew out to perform in it.

Previously, Matthew was a member of the BAFTA winning writing team (which included Ricky Gervais), for ITV’s local and internationally successful Baby Cow production, The Sketch Show starring Lee Mack & Tim Vine (The best English Sketch Show for a decade – TIME OUT)
As a result of the BAFTA, Matthew was signed to write for Kelsey Grammar (Frasier) in the US.

In 2005, Matthew had his debut novel, Saturday Afternoon Fever published by HarperCollins Australia. This was a rites of passage story of a suburban Australian loser in love, ho dreamed of being a sports star (A laugh-out-loud depiction of childhood which reads as a cross between Stephen King’s ‘Stand By Me’ and ‘Bend It Like Beckham’ – THE SYDNEY MORNING HERALD). Matthew’s book quickly hit the best-seller lists and stayed there for months. The book is now in its 5th reprint, after being aquired by Random House.

At the 2006 Melbourne International Comedy Festival, Matthew performed an adaptation of the book, directed by Tes Lyssiotis, which received rave reviews (Hardy is a rare character who is both endearing and painfully unsentimental…a wonderful show – ABC Radio National).

Matthew was a writer for The Age broadsheet in Melbourne, and was named Best New Comic at the Hilton Hotel, before becoming a columnist for Australia’s biggest-selling daily; The Herald Sun.

In 2007/2008 Matthew hosted his own Tonight Show (TFI Friday-style) called The Big Schmooze, on which Matthew was a quick-witted solo host at the desk to visiting stars such as Chris Rock, John Travolta, Coldplay and Green Day, among many others.