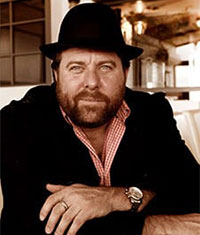 Shane Jacobson is one of Australia’s most loved, award-winning actors, presenters and entertainers, and has worked with some of the biggest names in radio, film, stage and television for more than 25 years.
Best known for his work in film, television and theatre, he’s also a song and dance man, author, screen writer, creative director, producer, executive producer, motorsport enthusiast, father of four and an ambassador for many worthy organisations and charities.

What does Shane speak on?

As a speaker he delivers highly entertaining and engaging keynote speeches and after dinner talks about his unique life. His keynote centres around his best-selling book ‘A Long Road to Success’ and is packed full of funny and memorable stories from his extraordinary life.

Shane as an MC

As an MC Shane is witty and professional. He is one of the most in demand celebrity MC’s in Australia today having hosted hundreds of events, conferences and awards shows. With his diverse background, he brings a rare depth of experience to every engagement. Many of Shane’s clients have him back every year!

He was fantastic. I have never seen Shane MC anything before so it was pure delight for me to see him in his element and do such a fine job. He wasn’t just an MC, he was entertaining, and that I think is the thing that sets him apart from the pack. I don’t know how we can find someone better for next year!

Shane communicated and engaged the crowd like I’ve never seen before. A wonderful MC with all the skills to ensure the night is a success.

Shane’s presentation was a highlight of our conference, being a thoroughly entertaining and engaging speaker for our Gala dinner. Shane’s talk was a great balance of story-telling, motivation, and comedy all rolled into one. It was even more pleasing to have Shane attend our dinner and stay and talk with all the guests throughout the evening and well into the night, which was ‘above and beyond’ what would be expected of many speakers. I would highly recommend Shane to other corporates looking for an interesting and entertaining speaking for their event.