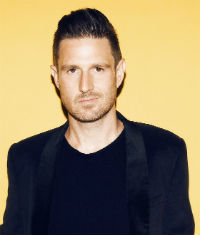 Wil Anderson is a stand up first and foremost, touring Australia and the world at every opportunity, performing more than two hundred shows a year. His stand up is a densely written, high-speed ride through one of the most wonderful comedic imaginations in the world. Politics, pop and the personal come together in a Wil Anderson routine, always delivered with more conviction and enthusiasm than any man’s vocal chords can take.

Over the last 4 years Wil spent a lot of time north of the equator, performing live in London, Edinburgh, Ireland, Montreal, Canada, New Zealand and across the US and securing regular guest appearances on the popular US late night comedy talk show, Chelsea Lately.

Since 2008 Wil has been the host and executive producer of the ABC (Australian Broadcast Company) TV’s highest rating program “The Gruen Transfer series” – a role that saw him nominated for a Gold Logie in 2010, and also won Best Entertainment Show at the AACTA awards in 2011.

Gruen has spawned the spin-offs Gruen Nation, the sports themed Gruen Sweat and Gruen Planet. In 2013 Wil returned to host a series of Gruen Nation and Gruen Planet which was once again the number 1 entertainment show on the ABC network, a record fifth year in a row.  In 2012 Gruen Planet was nominated for a Logie, and in May 2013 Gruen Sweat won the prestigious Rose d’Or, Europe’s equivalent of the Emmys.

But it’s on stage where Wil is in his element: 2012 saw Wil busy touring his hit live show Wilarious to sold out venues around Australia, earning rave reviews and winning his third consecutive Bulmer’s People’s Choice Award at the Melbourne Comedy Festival, not to mention being named one of comedy’s hottest acts by none other than John Cleese.

2013 saw Wil’s most successful tour yet, with GoodWil being seen by over 50,000 people including audience across North America in Vancouver, Montreal, LA, New York, Minneapolis, Seattle, DC, Cleveland and Denver.

GoodWil was awarded a Fringe Award for Best Comedy during the Adelaide Fringe Festival, and enjoyed a sell-out 21-night run at the prestigious 1600-seat Princess Theatre during the Melbourne International Comedy Festival where it received a five-star review from the Herald-Sun. It was later performed everywhere from a a log-cabin in Alaska to a two-week sold-out season at the prestigious Soho Theatre in London.

To cap off 2013, GoodWil was nominated for a Helpmann award (Australia’s Tonys) for live comedy performance. This is a record-breaking fourth nomination in a row.

Wil is also the host of the popular podcasts Wilosophy which regularly tops the iTunes charts in Australia, and TOFOP which was recently named iTunes Best Classic Audio podcast for 2013.

Astute, sharp and intelligent, Wil Anderson is a master.

As well as being damned funny, Wil Anderson’s show is also one of the most technically sharp you’ll see in the stand-up arena. His ability to read an audience is uncanny, his timing can electrify a punchline, and he owns every inch of the big room… One of the best in the business in peak form.