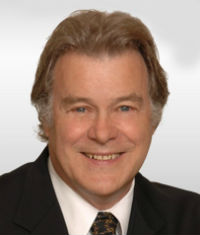 1. Bob Pritchard has 30 years experience as a business / marketing troubleshooter and consultant with many of the world’s leading companies, including The Coca-Cola Company, Citibank, Anheuser Busch, Mercedes Benz, Los Angeles Raiders, Frito Lay and dozens more. This has provided a wide variety of experience with a vast number of business, marketing and leadership issues in many diverse industries.

2. Los Angeles based businessman, entrepreneur and marketing consultant for 19 years working in Europe, North and South America, Australia and Asia.

3. Bob sits on the Board of Directors of six companies of diverse interests.

4. 10 years experience as a speaker / trainer at over 1,000 conferences, including 89 Fortune 500 companies. This has required understanding a broad range of company issues and problems, a close understanding of the marketplace and its trends and listening to the views and perspectives of some of the world’s top business leaders such as Bill Gates, Richard Branson, Dame Anita Broddick, Neil Armstrong etc.

6. Winner of the ‘International Marketer of the Year’ award for the global promotion for ‘100 Years…100 Movies’ in 1999 for the American Film Institute. This event was the celebration of 100 years of Hollywood movie making and included a global television special, a special edition of ‘Newsweek’ and over 1000 hours of US television dedicated to the top 100 movies of all time. Other winners of the award include Steve Jobs (Apple), Jeff Bezos (Amazon), Andrew Oh (LG Group), Kenneth Strottman (Strottman International) and Jorma Ollila (Nokia).

7. President of the American Institute of Sales Marketing and Management.

8. Joint winner of a Clio award and the winner of 4 Silver Telly awards for work with Citibank.

9. As CEO of publicly listed company Powerplay International Limited, a television, media and sports conglomerate, Bob obtained vast experience balancing the requirements and obligations of a public company to the Stock Exchange, the market, the corporation, its strategic alliances and its shareholders.

10. Marketing Director for the Inaugural Formula One in Australia. Responsible for Government negotiation, establishment of the course, the format and staging of the week long event, all marketing, corporate negotiation, ticket sales, licensing, sponsorships. Led a team of 10 marketing and promotion professionals and hundreds of project specialists.

11. Created a customer relationship and ‘awesome service’ program at every level of the business, for Nippon Travel (the world’s second largest business travel company), which resulted in a $105 million profit turnaround in the first 12 months of its implementation.

12. Created a media, in-store, on-pack promotion for Frito Lay in a strategic relationship with Scholastic, which resulted in an increase in sales for Frito Lay of $115 million in a 3-month period.

14. Created the 100 Year centenary celebrations of American movies on behalf of the American Film Institute. Worked with all major film studios (the first time they had ever worked together), corporations and media globally. The result was $40 million in sponsorship, 1000 hours of television time on Turner Networks, special edition of Newsweek, promotions in every General Motors and Blockbuster outlet in the USA and a 90 minute global TV special with Tom Cruise and Steven Spielberg..

15. Author of 5 best selling books across the world, ‘Complex Marketing Made Simple’ sales exceeding 100,000 copies. Also 4 CD business sets and contributor to magazines on Business, Marketing and Franchising across the world.

17. Currently the senior business consultant and a shareholder in Plus SMS Limited, a company that has developed a new global addressing system for SMS. Many pundits expect that when it lists on the London Stock Exchange, it will have a market valuation of between $850 million and $1.5 billion.

18. One of the founders of Masterminds which worked with hundreds of SME’s to educate them on business practices; marketing techniques; customer service; developing return on investment; creating Key Performance Indicators, and developing loyal, higher value customers.

19. Bob’s worldwide experience assists businesses in all countries to benefit from the trends, developments and initiatives of others. For the past 20 years Bob has divided his time equally between the US, Australasia and Europe, bringing the best business and marketing practices from each region to his other clients.