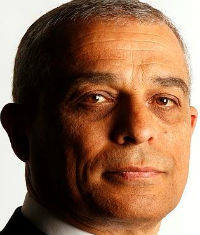 Charlie Bezzina continues to be a high profile public figure even after years of retirement from Victoria Police. Charlie distinguished career saw him give 37 years policing service to the community of Victoria. He served in all operational areas in the western suburbs both uniform and Detective work before specialising in major crime investigations.

Charlie specialised at the Internal Investigations Department, Drug Squad, various task forces in drugs and armed robbery. His most rewarding was having spent 17 years at the Homicide Squad.

In all, Charlie was a team leader and specialist investigator for 21 years and criminal investigator for 25 years. Investigations of note that he led or was involved in were the manslaughter of Bushrangers Cricket Coach and legend cricketer, David Hookes, underworld murder of Alphonse Gangitano, serial killer Paul Charles Denyer, murder of RSPCA officer, Stuart Fairlie, society murders of Wales-King and murder of heat surgeon Doctor Victor Chang.

Having investigated some 300 suspicious deaths he re-counts what it takes to remove killers from the streets.

Since retiring in December 2009, he was a columnist for the Herald Sun for 3 years, part of the security contingent for the Australian Cricket team during the 2015 ICC Cricket World Cup, Senior Integrity Manager with Grey Hound Racing Victoria.

He is a private investigator, media commentator, Security and Risk Consultant and Corporate speaker. Also author of best selling auto biography “The Job, Policing from the front line”