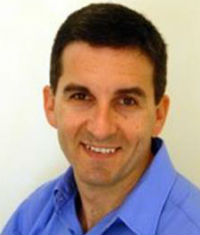 Daniel Petre has been a leading player in Australia’s technology industry for more than 20 years, and has held leadership positions in technology-based businesses in Australia and the United States.

Daniel’s experience includes nine years with Microsoft Corporation, where he served as Vice President of the Workgroup Division, Director of Advanced Technology and Director of the Asia Pacific Region. As Director of Advanced Technology, Daniel was part of a global team responsible for developing Microsoft’s services in the areas of multimedia development, online services and interactive television. As Vice President of the Workgroup Division, he worked closely with Bill Gates and was responsible for developing products and strategies for the workgroup computing market, including Microsoft Exchange and Outlook.
More recently, Daniel founded ecorp as a subsidiary of Publishing and Broadcasting Limited (PBL), and developed it to become Australia’s leading technology-focused investment company. As Founding Chairman, Daniel was responsible for:

Ecorp was capitalised with a cash investment of $A30 million in 1997, and privatised in January 2003 at a value of $A385 million. EBay, ninemsn and Ticketek remain leaders in their respective markets.
Daniel currently is on the;

Previously Daniel has served on the Foundation Board of The Garvan Institute, Ravenswood School Council (3 years as Chair), the board of PBL, the Australian Multimedia Enterprise and on Senator Richard Alston’s Information Policy Advisory Council.

He was made an Officer in the Order of Australia (AO), for distinguished service to Australia.