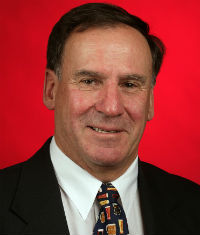 Glenn Cooper is a fifth generation Cooper. Born in 1950 and educated at Prince Alfred College, Glenn gained qualifications in electronic engineering, and later in business management. After his studies, Glenn entered into the computing field with a company called Anderson Digital Equipment, and within two years became ADE’s National Distribution Manager.

In 1983 Glenn returned to South Australia to set up a private business in computer sales and services. This company grew to a turnover in excess of $3.5m.

In July 1990, Glenn joined the family brewery and today is Chairman and also holds the position of National Sales Director. He has overseen the launch of numerous products in the Coopers beer range, including; Coopers Dark Ale, Coopers Extra Strong Vintage Ale, Coopers Mild Ale, Coopers Lager and most recently, Coopers Clear.

In 2002 Glenn received a Centenary Medal and in 2005 was awarded a Member of the General Division of the Order of Australia. He has an Associate Diploma in Business and completed Stanford University Faculty of Business. Glenn is married to Elspeth and they have 2 children.

Today, Glenn’s focus is to promote the Coopers range of products, both interstate and internationally.