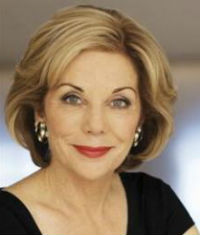 Ita Buttrose is an exceptional Australian, who has led in so many different theatres of endeavour as a businesswoman, journalist, author, motivational keynote speaker, advisor to corporate, community and welfare; and as a director.

Twice voted Australia’s most admired woman, Ita began her distinguished career as a copygirl on The Australian Women’s Weekly when she was 15; by 21 she was the magazine’s Social Editor and by 33 had become the Weekly’s Editor, its youngest ever-a distinction she still holds today. Under her editorship the Weekly broke through the one million copies sold barrier for the first time (it was then a weekly and not a monthly) setting new publishing records in this country and making the Weekly, per capita of population, the highest circulating magazine in the world. Rupert Murdoch recognised Ita Buttrose’s special skills by appointing her Editor-in-Chief of his Sydney Daily & Sunday Telegraphs-making her the first women to ever edit a major metropolitan newspaper in Australia-and inviting her to join the board of News Limited, Australia; the first Australian woman to become a director of this world-wide media group.

After a distinguished career with both Australian Consolidated Press and News Limited, Ita started her own publishing company and created ITA Magazine as well as doing publishing work for such clients as David Jones, Telstra, and the Australian Tax Office for whom her company created the first TaxPack. Currently she is host/interviewer of Ita’s Broadway on the Ovation Channel, is a regular social commentator on the Seven Network’s Sunrise program and is Editor-at-Large of OK! Magazine. Ita Buttrose is a committed contributor to community and welfare organisations and is currently patron of the Macular Degeneration Foundation and ASCA-Adult Survivors of Child Abuse. She was made an Officer of the Order of Australia for her services to the community especially in the field of public health education when she spearheaded Australia’s HIV/AIDS Education Program; she received the OBE for her services to journalism and a Centenary Medal for her leadership to Australian Society.

Ita is a Fellow of the Australian Institute of Company Directors and a founding member of Chief Executive Women. She has written nine very successful books including her best-selling autobiography, with the most recent work being Eating for Eye Health-The Macular Degeneration Cookbook in 2009.

Ita Buttrose is unique. An accomplished communicator with a wealth of experience across a broad range of industry sectors, she has worked behind the scenes and in the public eye for major corporates, small business, governments and charity. When she speaks she does so with on-the-job knowledge and experience to deliver a speech that informs, entertains and inspires her audience. Her lively wit is a joy and there is never a dull moment at question time. Not surprisingly she is a much in-demand multi-media performer. She is an entertaining speaker, an accomplished facilitator and a superb MC. She is also a proud mother of Kate and Ben and knows all about the challenges of combining a career with raising children.

Ita Buttrose has extensive experience as a public speaker in both the private and public sectors. She has been engaged as a speaker in a variety of roles including Keynote Speaker, Master of ceremonies, Analyst and Host. She is an content rich and inspirational speaker with a wealth of corporate and societal experience.