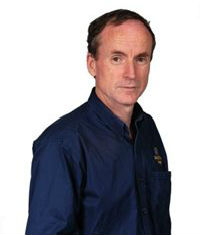 Jim Penman started Jim’s Mowing as a part-time gardening business while earning his PhD in History.

In 1982 $30,000 in debt and with a marketing budget of $24 he started mowing lawns as a full-time business. He soon had more work than he could handle and began taking on subcontractors, but because customer turnover made it difficult to build a major business on this basis, he gradually shifted his focus to building up and selling lawn-mowing rounds.

Business continued to grow, and to more effectively build and sell mowing rounds Jim began offering support and training to mowing operators. With a desire to offer better customer service and with increasing competition, in 1982 Jim franchised his business. Since then Jim’s Mowing has become the largest and best-known lawn mowing business in the world.

The move to Franchising proved very successful, Jim’s Cleaning was launched in 1994, followed by dog wash, handyman, fencing and about 15 other divisions, which now operate in Australia, New Zealand, Canada and the United Kingdom. With 2900 Franchisees and a turnover of approximately $240 million, it is the second largest franchise network in Australia (after Australia Post).

Jim says the key to success in franchising is an overriding concern for the welfare of franchisees, and constant improvement in customer service. He is still actively involved in the running of the business.

Jim is married, has ten children, drives a 26-year-old car and is funding a University research program into the biological underpinnings of social behaviour.

Jim’s achievements are an example of a great Australian success story.