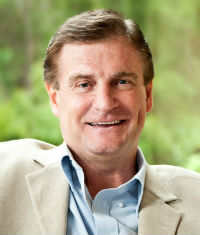 John Dwyer (known as “JD” by most of his clients) is a marketing enigma, unique in the field.
When it comes to creating sales for businesses, his thinking is refreshingly unconventional.
And thank goodness for that! Because there are way too many so-called marketing experts out there who simply pedal the same old “marketing 101” philosophies.
John preaches “in a sea of sameness in your industry, you need to stand out like a beacon – and the best way to do this is by using wow factor marketing techniques“.
He thinks “way outside the square” and brings proven marketing ideas to the table for business owners – not the motherhood marketing waffle we all hear from many self-professed advertising experts.
And let’s not forget, he’s the guy who got Jerry Seinfeld out of retirement to front an Aussie bank’s advertising campaign!

Born and raised in Sydney, Australia, John attended De La Salle Catholic schools, followed by gaining his Advertising and Marketing degrees in the years thereafter.
John became a marketer at a very young age – fifteen, in fact – when he took over the running of his school fete and replaced boring attractions (think lamington contest judging) with Wow Factor ideas (such as a haunted house!).
Result: revenues quadrupled over the previous year’s fete – a marketing success John would later repeat many times for many different clients across scores of industries.

After a 6 year period in the corporate world, with a national Marketing Manager role with Woolworths, John launched his first business – providing retailers, shopping centres, clubs and hotels with marketing strategies to generate repetitive trade.
Even in his twenties, he was in big demand from the corporate world, boasting clients such as News Ltd, Westfield, 7 Eleven and KFC.
Later he launched his own products direct to consumers.
After stitching up licensing deals with major players such as Disney, DreamWorks, Warner Bros and Fox, John produced many trading card sets and posters with themes from Jurassic Park to Aladdin and Lion King.
He also stitched up the NRL Trading Card License and took the footy cards from $2 million in sales to $12 million in one season!
All were launched through newspaper and television media with the promotional “wow” of free samples.
It didn’t take long for John’s incredible sales results to reach the ears of publishers and John ultimately sold the company in the mid-nineties.

John then produced television shows for the TEN Network, one of them being, “Dreams Can Come True”.
Once again, he “wowed” audiences with wonderful stories of dreams coming true for people “doing it tough”.
Stars like Michael Jordan, Paul Hogan, Princess Di and Meatloaf helped him make some of the dreams come true.
Viewers were invited to submit “worthy dreams” for friends or family – and John and his “Dream Team” selected as many as possible for “mini – miracles.”
Daryl Braithwaite hosted this amazing program.
The show smashed TV ratings and was nominated for a
Silver Logie award.

John highlighted that this proved there was a huge demand for “good news programs” on TV.

This was an incredible TV show with “wow after wow!”

As an in-demand marketing consultant, John has worked with numerous long term clients, including the Greater Building Society.
John recommended the society change their approach radically to look unlike any other bank.
His creative campaigns such as “Get a home loan, get a free holiday” and “fuel discount offers” took the customers’ eyes off the price and enabled the Greater to advertise without once mentioning an interest rate for 9 years – the only bank in the world to do so.
All while growing their home loan market share more than eight times, representing billions of dollars of loans.
Later he scored a remarkable coup by signing retired comedian, Jerry Seinfeld, as the face of a major campaign for the Greater.
The news made worldwide headlines, as Seinfeld had only previously ever worked with American Express and Microsoft – giant brands clearly in a different league to the little-known regional bank in Australia.
A classic example of John’s “wow factor” thinking, the campaign tripled the banks market share again in its first two years.
Yes, this “marketing maverick” certainly “thinks differently.”
He provides his clients with “way outside the box” thinking.

In recent years, John has been in high demand for his marketing consulting and speaking engagements.
He has clients across many industries, from hospitality to manufacturing, agriculture and banking.
His ideas work for both B2B and B2C marketing, online and offline, for large businesses and very small businesses.
And the great thing is – his concepts are generally easy to implement.
And better still, he shows business owners how to get their customers to keep coming back over and over again – pure “gold” for any company!
In the last twelve years, John has worked with more than 27,000 businesses across 28 different industries. The marketing ideas he has given them have generated over $15 billion in additional revenue.
He now offers “coaching programs” to businesses, helping them implement his unique (and proven) “client attraction marketing formula.”
This formula involves both offline and online strategies.
John is one of those rare people who have a certain “X-factor” in their skillset and his vast library of winning marketing strategies (both online and offline) make him an invaluable resource for any business.
He is the CEO of The Institute Of Wow and lives by his company’s mantra …..”Delivering The Unexpected!”