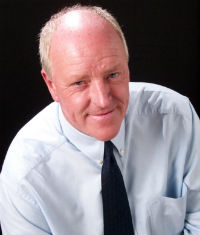 John Lees is a sales and marketing specialist from Sydney, Australia with a no nonsense, original, practical and entertaining style as a Conference Speaker and Sales Trainer. John has been a keynote speaker at more than 2,000 major conferences, he appears often on The Foxtel “Switzer” Business Channel, he has also appeared on the ABC Four Corners programme ‘The Business of Change’, and has written more than 1,000 articles on business development.

John Lees performed a number of selling and sales management roles for 7 years with Reckitt & Colman (now Reckitt Benckiser), in both the UK and Australia, and was then invited to take control of national sales operations for Schwarzkopf… leading 2 years later to his appointment as marketing and sales director for both Australia and New Zealand. After taking these operations to become the most successful for the company worldwide, in terms of market share and profitability, he was invited to perform an international consulting role for the German organization…introducing his advanced ideas on service to the American, Canadian, British, South African and Western European markets.

John Lees spent 15 years with Schwarzkopf and then formed his own consulting firm, specialising in sales and marketing. His clients have included many of Australia’s and New Zealand’s major companies. John Lees has also performed the role of ‘consultant chairman’ to an accounting firm, for 5 years. These days John Lees is well known as a professional conference Speaker, Sales & management Trainer, Business Coach and Consultant, he is the author of 11 books on business development… and a humorist of note.