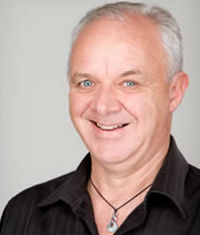 Merv Neal has owned and operated his own businesses for more than 35 years. Following a work related life threatening health issue in 2002, Merv found out first hand that “Laughter is the Best Medicine”. As the CEO of Laughter Yoga Australia and New Zealand he travels the world speaking to a variety of groups about the benefits of laughter.

As a professional motivational speaker his relaxed, engaging, humorous, and expert style of delivery has led him to be considered one of the most dependable, confident, and successful presenters currently speaking in Australia.

From a health perspective laughter boosts your immune system, increases the oxygen to the body cells, improves blood circulation, and releases endorphins. This results in a decrease of colds and flu, cancer, heart attacks and strokes, and depression.

At a business level laughter increases productivity and profit through improving resilience, teamwork, communication, and confidence. At the same time it reduces stress, sick leave, staff turnover, and sedentary behavior.

Merv has developed a series of templates and tools that addresses the issues of Work Life Balance and Wellness. This has culminated in Workplace Wellbeing Programs that are targeted towards improving staff emotional, mental, physical and spiritual health. He also conducts Personal Development retreats that assist individuals in better understanding and developing strategies to improve themselves and their relationships.

Why not spend some time with a business owner and laughter expert who has been there and done that. Merv is currently a member of the National Speakers Association of Australia and has graduated from the Australian Professional Speakers Academy. He was recently awarded one of their top awards as Mentor of the Year. He is also an Associate Fellow at the Australian Institute of Management, and the Chief Executive Officer of Laughter Yoga Australia and New Zealand. Laughter Yoga is a worldwide movement of more than 6000 Laughter Clubs in over 65 countries .

The Institute of Chartered Accountants benchmark for satisfaction is 80%…your score was 92.21%

Best fun I have ever had at a conference…Merv is great at what he does…Excellent after lunch presentation…Very worhtwhile in stressful times.

Last night we had the best of all workshops…all the people came to me lining up for the next function-they can’t wait.