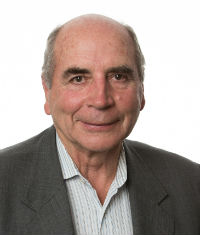 Bernie Fraser was Governor of the Reserve Bank from 1989 until 1996. Prior to this appointment he was Secretary to the Treasury and has spent many years during his career with the Treasury and Department of Finance – including three years in London.

Since retiring from the Reserve Bank in September 1996 he has pursued his farming interests and has joined the Boards of several Industry Superannuation Funds.