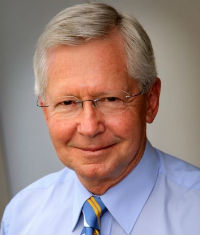 Dr Don Stammer was described in the Australian Financial Review as “one of the doyens of economics in Australia.” Don Stammer is enjoying his fourth career. The first was as an academic. Second was a decade spent in central banking.

Then came long period as an investment banker, concentrating on matters relating to investments and funds management. And Don’s current-and fourth-career is as a company director and commentator on investment markets.

Don taught economics and finance at the University of New England and the Australian National University prior to 1971 when he moved to the Reserve Bank of Australia.

Subsequently, he was the Chief Economist/Director of Investment Strategy for Deutsche Bank Australia and its predecessor Bain & Company. Over two decades, he gave over 8,000 presentations on the economy and investments.

Don has also been a director of ING in Australia and for five years was Chairman of three ING listed property trusts, he was also Chairman of Praemium Limited.

He is currently a non-executive director of ING Private Equity Access Limited. Don also serves on the advisory board of the Third Link Growth Fund and chairs the Blue Mountains World Heritage Institute.
From 1987 to 2006, he contributed a fortnightly column on the economy and investments to Business Review Weekly. Until 2001, he made a weekly broadcast on the Australian economy and share market for the BBC World Service and he contributed a regular column to the Japanese financial newspaper the Nihon Keizai Shimbun.

He also chairs the Australian Ecosystems Foundation Incorporated and is also a member of the Investments Commmittee of the National Childrens’ Medical Research Institute.