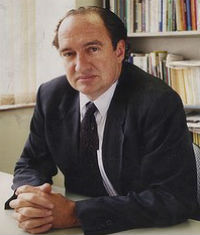 Dr Ed Shann has had a career as an economist spanning the private, public and academic sectors. He was a director of Access Economics during the nineties until his retirement in 2000.

He wrote the Economist column in BRW and was a regular participant in the media; he still writes a column for Melbourne’s Herald Sun.

Ed was formerly Research Director of the Business Council of Australia and Chief Economist at Shell (Australia) in the eighties. He worked in the seventies and early eighties as an economist in the Federal Treasury and the Department of Prime Minister and Cabinet, including periods at the International Monetary Fund and as a Research Fellow at ANU.