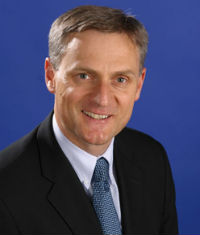 James was founding editor of Shares magazine, and oversaw one of the most successful magazine launches in Australia. He has also written for BRW, Personal Investor, The Age and Management Today, and was subsequently personal investment editor at The Australian and editor of financial website, investorweb.com.au. His first book, Share Investing for Dummies, was published by John Wiley & Co. in September 2002: a second edition was published in March 2007, and a mini-version, Getting Started in Shares for Dummies, followed in March 2008. The third edition of Share Investing for Dummies was published in April 2011.

James gives a daily finance report on Radio 3AW in Melbourne and is Australian business correspondent for the nationally syndicated Larry Williams program on Newstalk ZB in New Zealand. He was co-presenter of the popular nationally syndicated finance talkback program, Dollars at Work.
On television, James Dunn is a weekly commentator on Sky Business, and has appeared on The Panel, Four Corners and Today Tonight.

Born and raised in Ararat, western Victoria, James graduated from the University of Melbourne as Bachelor of Letters and Bachelor of Arts. He is a fellow of the Williamson Community Leadership Program, operated by Leadership Victoria.

In 1984, James won two BMWs on Sale of the Century. Selling the cars financed a year of overseas travel and also a share portfolio – which did not survive the 1987 crash, the event that inspired James to become a finance journalist.

James is married to Jane and they have two children, Eliza and Harry.