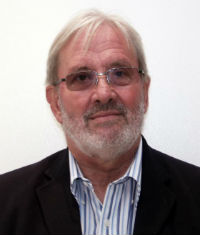 Oliver Freeman is a director of the Neville Freeman Agency which he co-founded with Richard Neville in 2001. He is also the co-founder of GBN Australia which he founded with Professor Richard Bawden and Dr Richard Hames in 1992.

He is acknowledged as having done more for the uptake of scenario planning in Australia than any other practitioner by guiding over 400 people and organisations through GBN Australia’s scenario planning simulation training programs.

He is also a publisher, a profession he entered in 1967 as an academic rep for McGraw Hill in the UK. His publishing career advanced rapidly and he has been Managing Director of various companies since 1978.
Oliver came to Australia in 1983, and set up his own professional and business publishing operation, Prospect Media, through which he developed over forty periodical publications, numerous reports and special monographs. He sold this business to Reed Elsevier in 2001.

He now publishes under the Richmond imprint from his office in North Sydney. Current titles include ‘Footprints of the Future; The Myth of Nine to Five; I Need Balance in My Life; The Art of the Long View and Strategic Enterprise Management Systems and Captive of the System.

Oliver has put on hundreds of conferences, seminars and training programs in the last twenty years across all topics. Recently he has been spending more time on workshop facilitation and consulting. He has developed a two-day course on Scenario Planning & Strategic Leadership in line with the perceived need for organisations to align long term vision with current strategic planning and operations.

Oliver has an MA from the University of Oxford and an MA from the University of Essex. He is past chairman of Publish Australia, the Copyright Agency Limited and the current chairman of UNSW Press. He is past Vice President of the Australian Publishers Association. He is also a director of StickyCorp Pty Ltd and VISCOPY Ltd – the visual arts collecting society.

He has a lifelong interest in the visual arts (though not as a practitioner) and is deeply interested in the nexus between the arts and business.