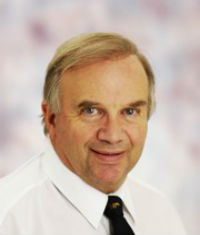 Professor Neville Norman (M.A. (Econ.)(1stHons); B.Comm (1st Hons)(Melb.); M.A., Ph.D.(Cambridge)
is a powerful and provocative speaker committed to increasing understanding of how the economy actually works. Makes facts and figures come clear and alive. Living proof that economics is NOT “dismal”. Experienced academic teacher and researcher, business consultant and analyst, media and video performer and public speaker in over 4000 addresses to business and community groups in over a dozen countries.

Present and Recent Positions: Associate Professor of Economics at the University of Melbourne (since 1992); Convenor of the University Oval Table (since 1989), Member Victorian Hospitals Management Committee (since 1997); Member Melbourne Convention Committee (since 1998), President Music Faculty Alumni Society (1993-6);Economic Advisor to the Committee for the Economic Development of Australia (CEDA) (1978-1997). Economic Counsellor to the Australian Institute of Management (1977-97), Member of the General Motors (USA) Australian Advisory Council (since 1979), of the Economics Committee of the Business Council of Australia since (1983), of the Cambridge Australia Trust (since 1994); Director of Firbank Anglican Girls School (since 1989) and Investment Advisor to the Transport Accident Commission of Victoria(1988-1997). Economic Advisor or consultant to a large number of other companies, financial institutions and Government bodies.

Qualifications: Bachelor of Commerce (First-class Honours Degree) and Master of Arts (First-class Honours Degree) at the University of Melbourne and of Doctor of Philosophy at the University of Cambridge. Several University and College exhibitions, distinctions and awards. Full Blues in Athletics at Cambridge, 1971-73.
Activities: Published a large number of books and academic articles and reports in the areas of industry regulation, patents and trade practices; the economic analysis of trade protection and international economics; and the economic analysis of taxation. Widely sought as a speaker on economic affairs at business meetings and in the media.

He is a member of the Editorial Board of the Competition and Consumer Law Journal and and is President of the Economic Society of Australia and Summer School Professor at the University of los Andes in Bogota, Colombia.