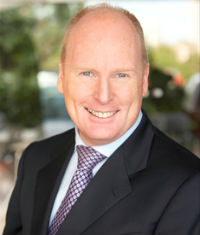 He appears daily on the Today Show – notably for his Money Minute – and Nine News.
He  is the former host of Nine’s flagship current affairs programs Sunday and Business Sunday.
Before joining Nine, Ross was editor-in-chief of the British weekly magazine, Shares and its accompanying website moneyam.com.

In London Ross was a regular commentator on BBC television, CNN, Sky News and Bloomberg. He was a regular co-host of BBC Radio Five Live’s main business program, Wake Up To Money.
In Australia, Ross was editor of Business Review Weekly, Personal Investor and The Age’s Money Section, was founding editor of Australia’s Shares magazine.

In the finance industry, Ross was a director of the stockmarket-listed investment company WAM Capital and was investment chairman of the industry superannuation fund for journalists and entertainers – JUST Super, now called Media Super. During his time with this fund, the Australian Institute of Superannuation Trustees named him Trustee of the Year.