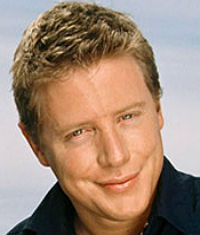 Scott Pape is a a successful stockbroker and a former investment advisor with one of Melbourne’s leading finance firms EL & C Baillieu. Scott is also a media commentator, author and hosted his own radio show titled ‘The Barefoot Investor’ on 90.7 Syn FM

Scott Pape’s first book, The Barefoot Investor (2004) was an overwhelming success. The book has since been printed in the UK, Holland and India and in 2007 a revised and updated version was released in Australia. Sir Richard Branson probably said it best when he stated, ‘The Barefoot Investor makes finance fun’

Scott used his show on Syn FM, a student radio station, and his book, to improve the financial literacy among young Australians. Scott’s goal is to ‘allow young people to make the most of their assets’.

He understands that having a degree is by no means a ticket to a successful career and financial happiness, so when he gives advice, in his own words, he “keeps it real”. Scott Pape appears as the financial expert on the SBS TV show The Nest, which follows three very different Australian families as they participate in a social experiment, to find out how prepared (or unprepared!) their children are for living sustainable, independent futures.

Pape has successfully been able to combine his knowledge, experience, and infectious personality through which humour largely prevails, to do what most people thought impossible – carve a niche in the financial market targeted at young Australians. Scott has used these attributes to ‘make money sexy’, and deliver street wise strategies to people who simply don’t do finance.

Ultimately Scott’s ability to relate to, and make a connection with the young Australians of today, is fast tracking his way to becoming an Australian celebrity