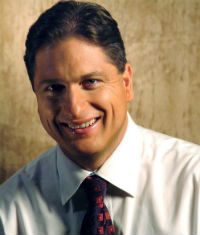 Tim Harcourt is the first J.W. Nevile Fellow in Economics at the Australian School of Business, University of New South Wales.

He is exceptionally well connected with business and government, both in Australia and internationally, but is perhaps best known for his popular book “The Airport Economist”. In this book, Tim Harcourt travelled the globe in chase of Australian international business success and to unravel the economic life of the many countries he visited. He talked to business leaders, entrepreneurs, employees, government officials, academics, farmers and celebrities to uncover the world of export beyond economic text books and financial spreadsheets

Tim is an active commentator in the Australian and international media on economic and trade issues, and appears regularly on TV and radio shows including  Lateline Business , Bloomberg, and CNBC Asia. Tim also writes for a number of major publications including The Australian Financial Review, The Sydney Morning Herald, The Age, The Australian and The OECD Observer.