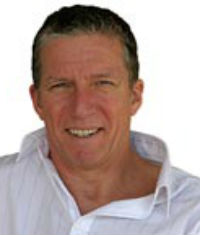 If you’re looking for a lifestyle speaker who is dynamic, credentialed and ‘walks-the-talk’, look no further than Allan Bolton.

Recognised internationally as an expert in the areas of health, lifestyle, sports performance and motivation, Allan also has the rare ability to translate the latest in human science so that it’s both entertaining and compelling.

Allan’s achievements in business and human performance generally are equally as impressive. He is a co-developer of the internationally acclaimed GutBusters Waist Loss Program for Men and scientific consultant to Weight Watchers Australia.

He developed a series of health and fitness courses that set the standard for professional accreditation throughout 42 countries and he was the recipient of the 1997 Australian Fitness Leader of the Year Award.
Allan has co-authored several books and been published in the international scientific literature. He is a member of The Australian Association for Exercise and Sport Science Executive Board, the Gatorade Sport Science Institute Speakers’ Bureau and The New Children’s Hospital Institute of Sport Medicine.

Allan is an informative, eloquent and entertaining speaker who will take your audience beyond inspiration, to direct action against issues that hinder their vitality and reduce their daily performance.

Allan Bolton makes a positive difference in people’s lives everyday. He continues to demonstrate in his own achievements that feeling alive, rather than just stay alive, is worth the challenge.