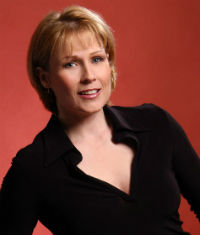 Sue Stanley was one of those kids that were full of life and energy. Growing up in Melbourne, Sue started travelling the world at the age of 14 and then left Melbourne on a gymnastic scholarship and lived in Canberra as part of the first intake at the Australian Institute of Sport. Then at the age of 19, Sue brought her first Health Club, this venture has been credited as one of the few ‘independent’ Club successes.

During her time as a Health Club owner Sue continued her sporting pursuits, this time as a tournament and show skier with the Mulwala Water Ski Club. Sue went on to represent Australia at the Seoul 1988 Olympics where water skiing was a demonstration sport.

From 1992 Sue went on to win 3 World Aerobic titles. Then in November 2000, competing for the first time in the world sport of Body Shaping where after a five-year retirement from all international competition, Sue stunned the sporting world once again by winning Gold and the title of Ms. Fitness World Champion 2000.

In 1994 Sue founded ‘Fitcorp’, now one of the leading corporate fitness companies in Australia. Fitcorp is a company dedicated to improving the health and wellbeing of workers, particularly the executive staff. Fitcorp has consulted to some of the largest corporations in the country. Sue was also the founder of www.systemstanley.com, which was recognised as one of the premier health, fitness and well being websites in the world in 2002/03.

As an author / writer, Sue released two best-selling books, ‘Sue Stanley: Your Personal Trainer’, and ‘Fitness Forever‘. Furthermore Sue was the editor of Woman’s Fitness & Health magazine for over 10 years, has written for magazine’s such as Women’s Day and a weekly full page fitness column in the Herald Sun newspaper. Sue Stanley also promotes health and fitness through her weekly radio segment with Ernie Sigley on Melbourne radio station 3AW and Channel 7’s Go for Your Life TV Show.

A member of the Sport Australia Hall of Fame, an Australia Day Ambassador and the recipient of the Advance Australia Award for her contribution to sport, Sue Stanley is a terrific ambassador for her country and is destined for a challenging future as a role model for healthier living to people of all ages throughout the world.

In terms of the Community, today Sue has turned her attention to encouraging Australians of all ages to take care of themselves and enjoy life to the fullest. As a firm believer in the ‘sport for all’ principle, her immediate aim is to utilise her profile to deliver motivating, basic health and fitness messages to a broad cross section of the community – reaching people who may otherwise not be inclined to participate.

Dedicating endless hours to charity and fundraising events, Sue is regarded as a role model for healthier living to people of all ages.

Sue Stanley is one of Australia’s most respected motivational and lifestyle speakers. She has travelled the world captivating audiences with her knowledge and experience.