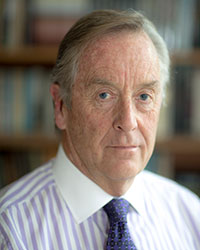 Andrew had many exciting, dangerous and interesting experiences during his life as a defence lawyer. Stories of cops and crooks abound, some funny, some frightening but above all they will keep you riveted to your seat.

Andrew’s documentary “Murder in the Outback” won best factual/documentary at the 2020 AATCTA awards.

Born in Melbourne in 1951 and for thirty years Fraser was one of Australia’s leading criminal lawyers. He defended underworld families the Moran’s and the Pettingills, businessman Alan Bond, and footballer Jimmy Krakauer.
With success came cocaine addiction ending in 1999 with Fraser being charged with being knowingly concerned with an importation of cocaine, serious charges that received no mercy. This was the end of life as Fraser had known. He admitted himself into hospital and withdrew from use. This was the start of the long road to recovery, remaining drug free for the two years he was on bail and has remained so ever since.
Fraser pleaded guilty and received a crushing sentence in 2001; seven years imprisonment with a minimum of five. Despite being a low risk prisoner, Fraser was sent to a maximum-security housing thirty-eight of the most dangerous criminals in Victoria. During that period Fraser heard most disturbing tales from Australia’s most notorious prisoners. Nothing could prepare him for the shock that is maximum security.
November sees Fraser back in court as the pivotal Crown witness against serial killer Peter Dupas on his retrial for the murder of Mersina Helvagis. The television series on Fraser’s life; ‘Killing Time’ is the subject of yet another court imposed suppression order, preventing broadcast of the series until after this trial.
Fraser’s gone full circle from lawyer to drug addict, from defendant to prisoner, from Crown witness to best selling author. On any assessment, his has been an extraordinary journey.
Upon release, Fraser wrote best seller, ‘Court in the Middle’, an insight into the prison world from someone who knows the criminal system inside out. It blows the whistle on the sorry state of our prison system and how successive governments have played the law-and-order card without regard to the appalling outcomes.
Fraser’s second book, ‘Lunatic Soup’ examines his journey through the darkness of maximum security to being the pivotal Crown witness against serial killer Peter Dupas in the Mersina Halvagis murder.
Book three, ‘Snouts in the Trough’ is the story of disgraced former drug squad detective Sergeant Malcolm Rosenes and the appalling litany of corruption that took place over 20+ years in the Victoria Police. This book names names and exposes ineptitude, negligence and corruption that one could not even begin to envisage. It is currently off Victorian book shelves at the insistence of the Office of Public Prosecutions. Watch this space! Fraser is about to go to the Supreme Court to challenge the validity of all the suppression orders in this state. Presently, suppression orders are handed out like confetti and at the completion of any given trial are never revisited, leaving the order in place for eternity.
It is a fundamental cornerstone of the law, that the administration of the law must be transparent. ‘Justice must not only be done, it must be seen to be done’. Unfortunately this is not the status quo in Victoria and Fraser champions your right to know. This will be front page news around the nation. From 2011 Fraser will be a regular contributor to ‘The Monthly’.
Killing Time is a 10 x 1 hour television series starring David Wenham as Andrew Fraser. Produced by FremantleMedia for TV1, the series is based upon Court in the Middle and Lunatic Soup and will air in early 2011.