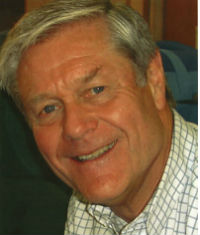 David Parkin is one of Australia’s most inspirational and motivational corporate speakers. “Powerful, intelligent and compelling”. As a well-known achiever in both the Sporting and Academic fields, David inspires audiences with the power to perform with greater effectiveness and to rise to greater heights in their business and personal life. David is currently a Media Commentator on Fox Footy and ABC Radio.

David’s accomplishments as a football player and coach are outstanding. As a player, David Parkin played 220 Senior Games for Hawthorn (212) and Subiaco (8) from 1961 to 1974 and was captain for 6 years of Hawthorn Football Club from 1968 to 1973 where he Captained them to their second premiership in 1971, and then coached them to a flag in 1978. He was also State Representative in 1965 and 1968. He later coached Carlton Football Club to successive Premierships in 1981 – 82, and is regarded as one of the super-coaches of the 70’s, and 80’s.
Through the 1990’s Parkin continued coaching one of Australia’s top AFL teams, Carlton. Applying innovative coaching techniques under Parkin, Carlton set a new record for an unbroken series of AFL winning games, culminating in Carlton as 1995 Premiers.

In 2000, despite lucrative offers to continuing coaching and join the corporate world full-time, David returned to his first passion the Hawthorn Football Club as Director of Football, where he remained until 2002. David was inducted to the AFL Football Hall of Fame in May of that year.

David Parkin’s academic achievements include developing and lecturing in the Sports Coaching Degree course at Deakin University. He has also lectured at Victoria College Burwood Campus, State College of Victoria Burwood Campus and Burwood Teachers College. David Holds a Bachelor of Education from the University of Western Australia .
A prolific writer, David has written and published more than a dozen books and numerous articles including: Preparing the Australian Footballer (1979); Children’s Sport – Equalizing the Opportunity to Play (Sports Coach, 1980); Premiership Football (1984, revised 1987) and Perform or Else (1999). His book Winning With Pumped Up People (2001) co-authored with Paul Bourke, focuses on helping employers and employees achieve business success in a changing marketplace. David and Paul also wrote What Makes Teams Work (2004), having interviewed dozens of CEO’s and taken a detail look at successful Australian companies like Flight Centres, Ford Australia (Ford’s only profitable worldwide subsidiary) and Dun & Brad Street, as well as top Australian coaches such as Leigh Matthews, Brian Goorjian and Ric Charlesworth. The book has been described as “The In-Search of Excellence” for Australia – it explores the reasons for and lesson from the highly successful businesses and sporting teams.

David’s newest book, again with co-author Paul Bourke, is “Captain-Coach Leadership”. In this book David and Paul showcase the key elements of successful organisations and how they make their employees “heroes”, or are working hard to achieve “employer of choice” status. They explore in detail what they believe to be the key elements in successful sporting and business teams.