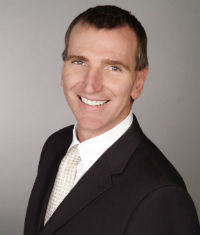 Dr. Glenn Singleman is one of Australia’s most respected and accomplished professional adventurers. He currently holds four world records in extreme sport. He is also a practising medical doctor and an acclaimed documentary filmmaker.
Most recently he set the World Record for the highest wingsuit jump (37,650ft). The jump was featured on 60 Minutes and was an 11-page feature article in Australian Geographic Magazine.
In 2006, with his wife Heather Swan he set a new World Record for Altitude BASEjumping (highest exit point) and the highest Wingsuit BASEjump (exit point). The Australian Geographic Society recognised the achievement with the ‘Spirit of Adventure’ Award. This jump shattered Glenn’s 1992 World Record.
Then, with Nic Feteris, Glenn jumped (with a parachute) from The Great Trango Tower (20,000 feet or 6258 metres) in Pakistan establishing a new world record in the emerging sport of BASEjumping (jumping from fixed objects with a specially designed parachute system).
BASEClimb – the film he made about the adventure – screened in 127 countries to over 200 million people. Critically and popularly acclaimed the film won 21 International Awards, set new standards in its category and became National Geographic’s most popular adventure documentary. Footage of the jump has been described as the most powerful ever shot of BASEjumping. BASEClimb was voted one of the best 10 adventure documentaries of all time by American Men’s Journal.
In 2000 Glenn wrote, produced and directed BASEClimb 2 Defying Gravity, which told the story of his wife Heather’s quest to learn to mountaineer and BASEjump so she could climb and jump a higher cliff than the Great Trango Tower. BASEClimb 2 screened around the world on free-to-air and National Geographic cable and quickly surpassed the original BASEClimb documentary commercially.
In 2011 he completed BASEClimb 3 – the documentary – for international release on free-to-air, cable and DVD.
For Glenn the BASEClimb projects were just one in a string of bold adventures (including flying the first hot air balloons over Mt. Everest and the world’s highest black tie dinner party) that previously been judged impossible.
Between 2003 and 2005 Glenn was the Doctor and part of the camera crew on Deep Ocean Expedition’s voyages to make first the Imax documentary ‘Aliens of the Deep’ and then for Discovery Channel the Live television special ‘Last Mysteries of the Titanic’. Both projects were directed by acclaimed feature film Director James Cameron of Titanic and Terminator fame.
Glenn is also one of Australia’s most popular professional speakers. In demand since 1993 he has spoken all around the world largely about the process of peak performance and overcoming fear. He has made over 700 professional presentations – many of them return visits to Top 100 companies. He is also a popular media commentator on extreme sport, fear and managing risk.
Dr. Singleman continues to work as a medical practitioner, working in the Emergency and Critical Care Units at Sydney Adventist Hospital in Sydney