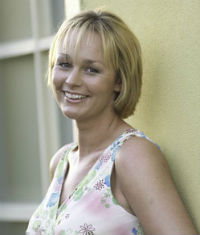 Tammy started her formal swimming training at age 11.
She progressed through her teens winning Victorian State Swimming and Victorian Royal Life Saving Titles.
She won the Lorne Pier to Pub swim, in 1986, 1987 and 1989.

Her first marathon swim was in 1986 from Beaumaris to Frankston, a distance of twenty kilometres.
In 1996, she became the first person to swim the treacherous Bass Strait.

She was the first person to swim the Gippsland Lakes, and , in 2006, broke the longest standing world record in marathon swimming, from Battery Park (NY) to Sandy Hook (NJ), by over 2 hours.
Tammy credits much of her success to Olympic swimming legend Dawn Fraser, who has overseen and encouraged Tammy during many of her marathon swims.

On 18 February 2001, Tammy completed her greatest challenge to date by swimming the entire length of the Murray River from the alps to the ocean – a feat no one else in the world has achieved. Starting from Corryong in Victoria’s high country, it took Tammy 106 days to reach the Murray Mouth in South Australia, a distance of 2438 kilometres.

As a human water quality tester, Tammy has campaigned for cleaner waterways. Whilst working in her watery office, the Murray River, Tammy tried to raise awareness about environmental issues confronting the river such as poor environmental flows, salinity and toxic algal bloom.

Hypothermia, vomiting, swollen tongue – just a day in the life of a marathon swimmer. “You need to be a touch crazy,” says Tammy.

But evidently an advantage according to her personal catch phrase:
“blessed are the cracked, for they let in the light”