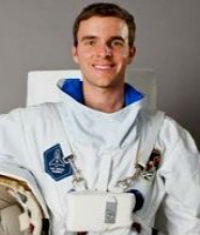 Born in Melbourne and raised in Brisbane, Australia, Tim Gibson has many loves. Drumming, skiing, body surfing, exploring, reading, sharing a smile. But one has been at the forefront of his mind since being a little boy; flying. Getting his solo pilot’s licence before he could drive a car, Tim always set his sights on flying for the Australian Defence Force. Born with long-sightedness, this dream, the only thing he ever wanted to do, was turned upside down. Five appeals to the defence force, even after passing all other military tests, couldn’t help him achieve his dream. Yet a rush of luck has Tim now preparing to go beyond what he could ever dream of; a trip into space.

Tim aims to share his story in order to inspire others to keep chasing their dreams. Whilst Tim hasn’t yet made it to flying for the defence force, he has gone beyond this altogether. Proving that sticking to the love of your dreams will get you there, Tim won a mentally and physically demanding competition against three other Australians to be selected to become Australia’s youngest astronaut.

Follow Tim as he tells the story of how chasing his dreams led to securing the co-pilot seat on a spacecraft and join him on the journey of all the adventures that follow.

“Chase Your Dreams” and Inspiration.
Tim links his experience with being knocked back from achieving his dream for years only to be successful in being selected by Buzz Aldrin to go to space in 2016. Telling his story and divulging the sometimes comical experiences during astronaut selection is one thing, yet he ties this into the theme of an event flawlessly.