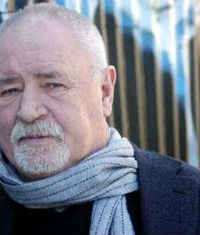 Les Twentyman has been on the frontline of heartbreak and hope for over 30 years.

As one of Australia’s best-known youth outreach workers and social campaigners Les has developed his expert opinion the hard way – on the street.

Raised in Braybrook in Melbourne’s West Les has devoted his life to young people doing it tough. Les is widely considered an expert on a range of community issues including youth homelessness, drug abuse, prison reform and social welfare.

He is the first stop for Victorian and national media outlets for the word on “how it really is”. He has featured in hundreds of TV, radio & print press interviews and has been a regular newspaper columnist and article contributor. He also features in a number of documentaries, most notably -”The Ohio Gun Buyback Scheme”, “LA Gangs”, “Can We Help”, “20 Minutes with Twentyman” and “Heroin Without the Hype”.

Les has consistently shone a light on emerging youth issues like gang violence, weapons carriage, cyber bullying and the growing trend of truancy in our education system. The hard-hitting DVD “The Realities of Cyber Bullying” and CSA “Knives Trash Lives” are testament to Les’ “pull no punches” approach to the damage caused to youth through peer pressure and social media.

Les is often called on to visit volatile regional areas of Australia in a bid to bring about harmony and cooperation where gangs and youth violence is a problem. He has also accompanied the Governor General, state Government ministers and leaders of industry to the ‘dark-streets’ of Australia they never thought existed.

In addition to his tireless work with disadvantaged youth and media commentary, Les is a well credentialed public speaker. His speaking engagements include schools, community groups, service clubs, corporate, Government Departments and business conferences. He has also been engaged by Australian Football League and National Rugby League teams to address young players on the pitfalls of “celebrity”.

A testament to Les’ reach was being asked to introduce his Holiness The Dalai Lama at his Melbourne conference in June 2013.