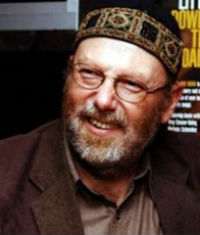 Author of  The Beatles Down Under, Glenn A Baker has been described by Rolling Stone magazine Music Editor David Fricke as “Not just Australia’s top pop scholar but a world class rock journalist who writes with the enthusiasm of a true fan” and by Phil Collins as “the most thorough and knowledgeable music journalist in the world today”.

Glenn A. Baker is a three time winner of the BBC’s Rock Brain Of The Universe title, though possessing a knowledge of music well beyond rock. An author of 15 books, Glenn is a nationally syndicated radio and television presenter of long standing, the specialist compiler and/or annotator of more than 500 highly acclaimed album anthologies (many for his own Raven label), a hit songwriter and a writer of features for more than 200 publications.

He was the Australian Editor of Billboard for more than 20 years and is the owner of one of the most extensive music archives in the world.

He is now the music presenter on the Nine TV network’s Today Show and Mornings and presents Monday Night Legends and Up Close & Personal specials on the Arts & Entertainment channel Ovation.

Glenn was once hailed by a former Australian Prime Minister as “A kind of cultural photographer who can vividly conjure up images and feelings of periods.”