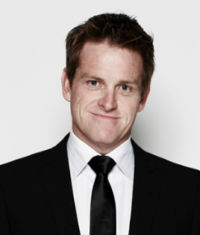 Peter Baines is one of Australia’s leadership experts having road tested leadership the hard way. Peter spent 22 years with the NSW Police leading teams in response to acts of terrorism and natural disasters on a scale not previously seen.

Peter was part of the leadership team that responded to Bali after the bombings in 2002 and was called upon in 2005 to lead national and international teams in response to the Tsunami of December 26, 2004 in South East Asia.  Peter headed up multiple rotations into Thailand leading international teams in the identification process of those who died.  All the time his leadership theories were tested in this trying environment.  Peter was engaged to work in Queensland by one of the major Australian Banks and Universities to work with their staff and clients following the devastating floods and cyclone. His messages focused on leading in uncertain times and ensuring business continuity.

Creating sustainable leadership became a passion of his after witnessing the devastating effects of the 2004 Boxing Day Tsunami.  He was deeply touched by the number of children left orphaned by the disaster and was inspired to set up an organisation that could make a significant difference in the lives of these children.  In late 2005, Hands Across the Water was formed to raise funds for, and awareness of, the children of Thailand who were left orphaned.  Today Hands is one of Australia’s fastest growing boutique charities, having raised several million dollars without spending one cent of donor’s money on administrative costs since its inception.  With this they have built two orphanages, purchased a rubber plantation to ensure a sustainable and regular income, constructed a medical and community centre in the Khao Lak region of Thailand and is currently working towards the construction of a HIV Paediatrics Hospital in the North East of Thailand.  Hands also is in a joint venture with Victoria University and the Starwood Hotel Group which provides education to students and staff from the Tsunami affected area of Khao Lak. Watch Peter present at SHIFT 2014 – Sustaining Success.

His final years with the NSW Police were spent on secondment to the National Institute of Forensic Science where he worked on national and international capacity building projects around counter terrorism and leadership.  He spent time advising Interpol in France and the United Nations Office of Drug and Crime in South East Asia.

Peter has received various awards including Australian of the Year NSW Finalist for 2010, Thought Leaders Socialpreneur of the year 2008 and being the first Australian to be awarded the international honour of a Rotary Professional Excellence Award in 2008.  He has completed university studies in Law, Forensic Science and post graduate studies in Management. He has received the NSW Police Service Medal and the Australian Federal Police Operations Medal, for work in response to the Bali Bombings and the 2004 Asia Tsunami.  He was the first NSW Police Officer to be awarded the Humanitarian Overseas Service Medal and Australian National Medal.

Today Peter spends his time helping businesses build effective Sustainable Leadership programs through the unique mix of his leadership and corporate social responsibility initiatives. His Corporate Social Responsibility platforms create goodwill, staff engagement and sustainable change.  He also continues to lead the Hands Across the Water team in supporting their orphanages and the beautiful children of Thailand.

Peter has a diverse client base across many sectors including the leading financial institutions of Australia and internationally with the government of Saudi Arabia where he assisted them in building their leadership and crisis management capacity.  He has worked with education providers across each fo the Australian states, both government and private and has spent time advising many large corporate organisations both on a national and international level.